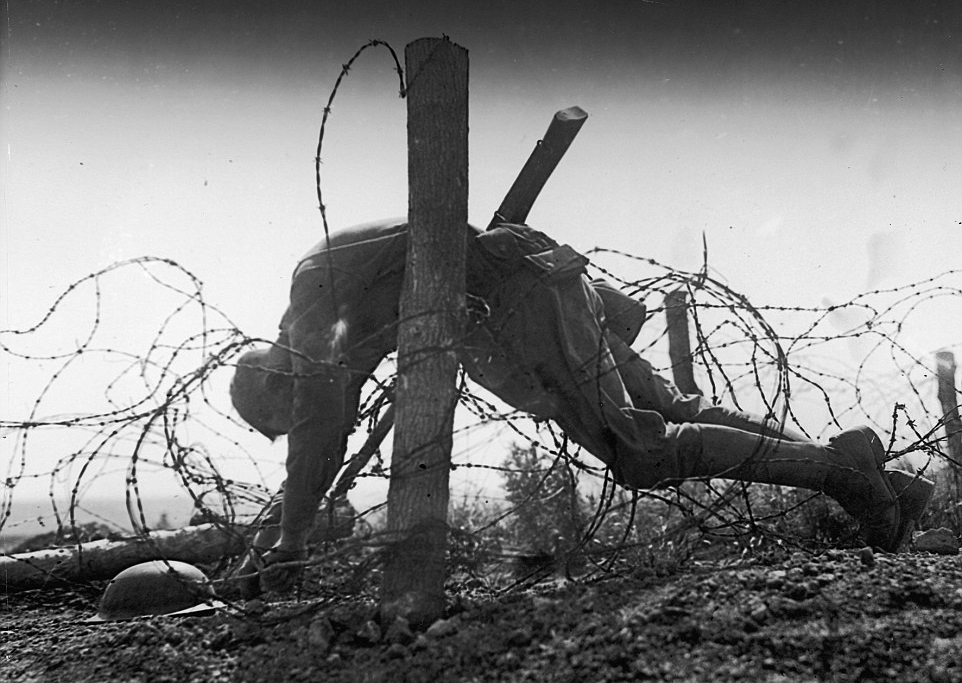 World War I death toll reached unprecedented levels. Launched by people who were willing to apply the full capacity of modern weapon technology to reach their goals, the war was a revolution in violence. As a result,  World War I created hell on earth.

September 1915. Millions of men are caught in the snares of a gigantic war. From the trenches in France to the Italian Alps and the Balkans, and beyond to the gates of the Eastern world, the whole of Europe is on fire. New weapons, new defenses; warfare has become industrial and chemical. Fighting reaches an unprecedented level of violence. Artillery relentlessly pounds the enemy. Attacks are launched with poison gas, flame-throwers and shrapnel, a mixture of gunpowder and pellets that destroys human bodies and faces. The assaults are terrifying, reckless. Ear-splitting storms of steel drive soldiers to madness. Wounds are atrocious, hygiene and living conditions in the combat zones are dreadful and the ensuing epidemics wreak havoc… This is hell on earth.

In February of 1916, in France, the Germans launch a major offensive on Verdun. The French lines hold on at all costs. The Battle of the Somme, the bloodiest battle of the war, begins on July 1, 1916. In only a few hours, the British army loses 30,000 men. 5 million men have already succumbed in just 16 months. But for the leaders, the human and material cost is so high that the enemy must pay and the war must go on.