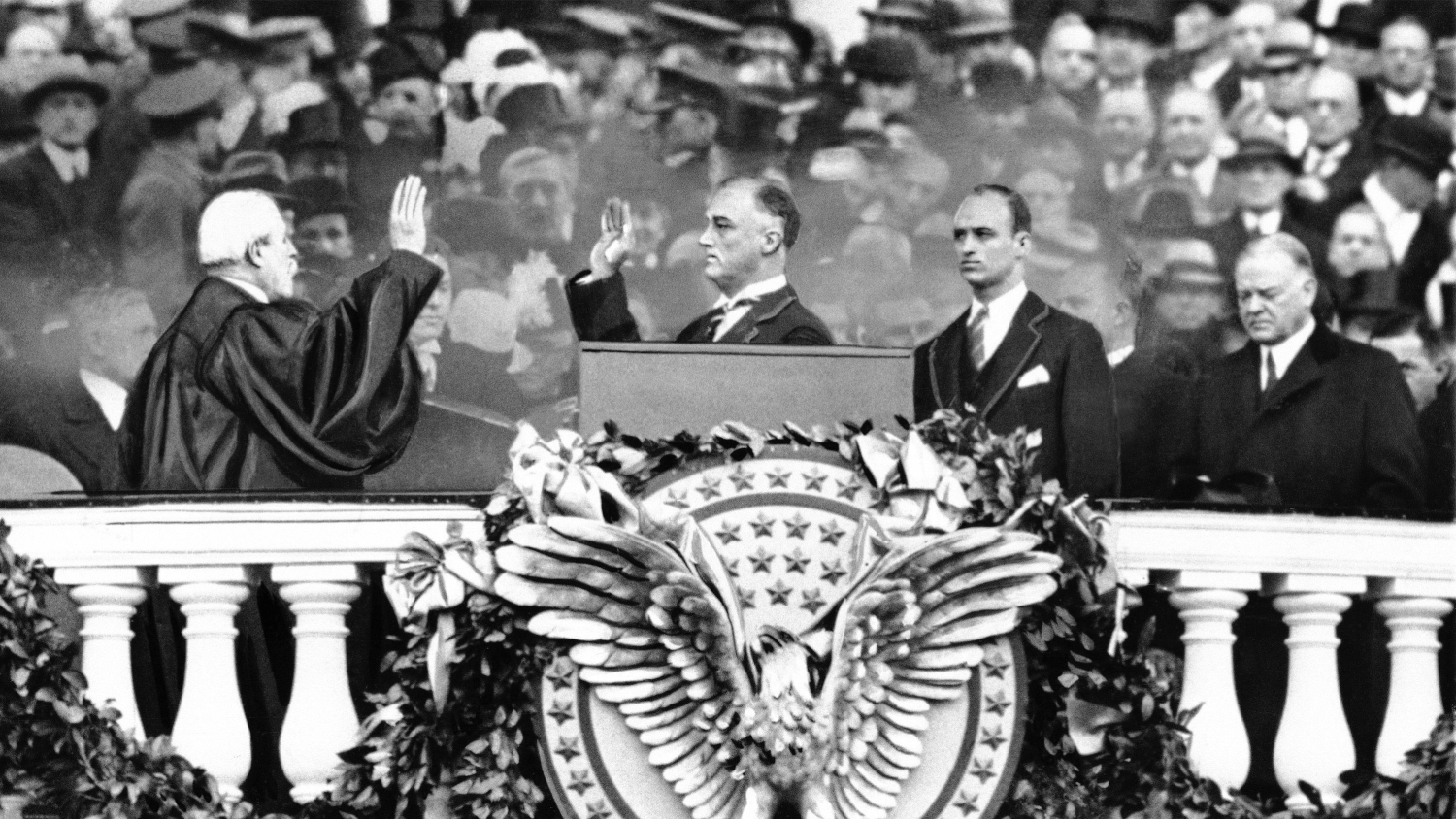 Franklin Roosevelt’s New Deal was a series of programmes that aimed to tackle economic depressionand rescue millions of Americans living in need. The scheme vastly increase the scope of the federal governments activities. Business practices were reformed and welfare policies introduced. Huge public projects were set up, creating millions of new jobs. One successfull project was run by the Tennessee valley Authority. It built more than 20 dams and hydroelectric stations, turning Colorado river basin into a vast wealth-producing area. 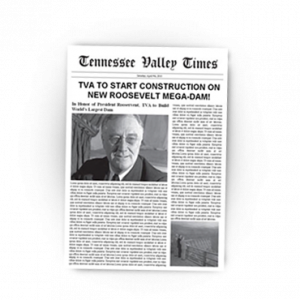 During the 1920s the American economy flourished but by 1927 the country was overproducing goods for which it did not have a market. Agricultural and factory production soon slowed down, leading to the loss of millions of jobs. Despite the downturn in demand for goods and rising unemployment, financiers and bankers continued to speculate recklessly on New York’s Wall Street stock exchange, relying on borrowed money and false optimism.

In October 1929 stock prices began to decline and investors lost confidence in their shares, opting to sell them all.  On “Black Tuesday” Wall Street totally paniced, 16 million shares were sold, and prices on the stock market collapsed completely in what became known as the 1929 Wall Street Crash. Fortunes were lost and companies failed overnight. Wages for those who were still fortunate to have work fell dramatically. Banks also lost money in the Crash. Many banks had made loans to people who could no longer repay them. When people hit by the depression needed to withdraw their savings, the banks often did not have the money to give them, fuelling huge resentment. It caused other bank customers to panic and demand their cash, so many banks were ruined. As people lost their jobs and savings, mortgages on many homes and farms were foreclosed and the properties were repossessed. Many people were forced to take shelter in shantytowns, which were nicknamed “Hoovervilles” out of resentment for President Herbert Hoover, who refused to provide aid to the unemployed.

A Landslide win for Roosevelt 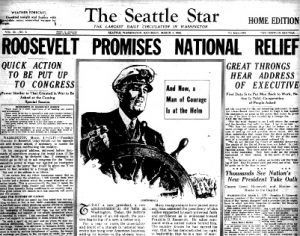 As a result of the crash, the US investors withdrew many foreign loans, causing the collapse of the system of international loans set up to handle war reparations. European countries, including Germany, needed these loans to pay for their imports and were unable to do so once the funds were taken away. This affected trade between North America and Europe directly. The price of commodities or trade goods, dropped drastically, falling to 45% of 1929 values in 1932.

President Hoover introduced the Smoot Hawley tariff in 1930, imposing a 50% tax on imports., and European governments followed with similar protectionist measures. This made matters worse, as it crippled international trade.

Hoover was criticized heavily for the way he handled the depression and he was voted out of office when Roosevelt won with a landslide victory on the promise of a “New Deal” with the American people. Roosevelt extended US government responsibilities into new economic areas and created social welfare assistance on a national level. Ultimately this large-scale government intervention worked and was adopted by other liberal democracies.