Home CONFLICT War in the Pacific 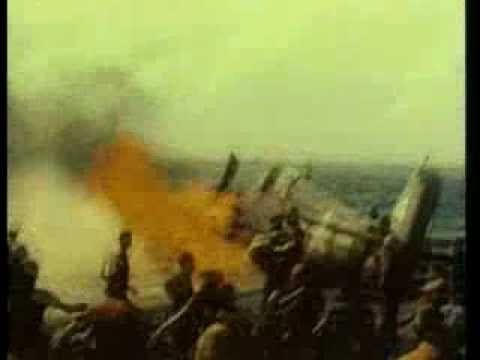 Scenes from the documentary ‘Battle of Midway‘

The film follows the WWII exploits of the Essex-class aircraft carrier USS Yorktown (CV-10) (unidentified in the film), in its first major operations following its commissioning in 1943. The life of the crew is documented from July 1943 to June 1944, from its passage through the Panama Canal through assaults on Marcus, Kwajalein, Truk and Tinian Islands, and culminating with the Battle of the Philippine Sea. Spectacular 16mm Kodachrome footage of combat operations and naval aviation is prominent throughout.