watch the rise of vladimir putin
" Russia never lost the cold war... because it never ended " 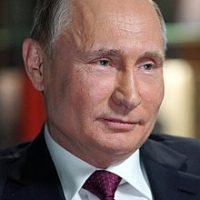 What is putin's interest in making war in Ukraine

Ukraine is one of the three founding members of the Soviet Union. Its culture and history are closely related to Russia. Yet, following the dissolution of the Soviet Union, Ukraine declared independence in 1991 and many, mostly young people, started to look west to Europe and the EU. Inspired by ideas of freedom, upward mobility and the pleasures of a prosperous middle class that seemed to go hand in hand with democracy, Ukraine sought partnerships with the EU and NATO.

Of course, Ukraine’s focus to join the west was viewed with great suspicion by Vladimir Putin’s Russia, who used Ukraine’s dependency on cheap gas to control its politicians and corrupt the country. For many years, Ukraine has been in a splash, on the one hand looking to join the ‘Free World’ but on the other hand controlled by the Russian autocrat Vladimir Putin. As a result, the country swept from one revolution to another. It started with the Orange Revolution in 2004 and ended with the Revolution of Dignity in 2014 that ousted the pro-Russian president Viktor Yanukovych.

The success of the Revolution of Dignity frightened Putin

The idea of losing Russia’s cultural, economic and military interests in Ukraine to the EU and perhaps NATO was irreconcilable with Putin’s vision (expressed in his famous Munich Speech) to restore the greatness of the former Soviet Union. Putin, therefore, ordered the rollout of a plan to annex Crimea.

On 22–23 February 2014, directly following the outcome of the Revolution of Dignity, Russian president Vladimir Putin convened an all-night meeting with security service chiefs to discuss the extrication of the deposed pro-Russian Ukrainian president Viktor Yanukovych. At the end of the meeting , Putin remarked that “we must start working on returning Crimea to Russia1Annexation of Crimea.Wikipedia

The next morning after the security meeting, on 23 February, pro-Russian demonstrations were held in the Crimean city of Sevastopol, protesting the “coup” in Kyiv. On 27 February, masked Russian troops without insignia took over the Supreme Council (parliament) of Crimea and captured strategic sites across Crimea.

Around the same time as Russia’s annexation of Crimea, protests by pro-Russian, anti-government separatist groups took place in the Donetsk and Luhansk oblasts of Ukraine, collectively called the Donbas. Here too, protesting the change of government in Kyiv.

Nationalist forces inside the Russian Federation, groomed by Russian media for years and flushed with the annexation, took it upon themselves to free the east of Ukraine (Donbas and Luhansk)from the rest of the country. Behind them came Russian military hardware and soldiers, although the Kremlin insists they were not on official army service. This protracted war in eastern Ukraine  officially called an Anti-Terrorism Operation, has continued till this day and eventually led to the War in Ukraine. Below is a timeline of key events since the end of World War II that have defined the relationship between the “free world” (EU and USA), Ukraine and Russia, which eventually led to the War in Ukraine.

The War in Ukraine actually rewrites western history. In western history books,  it is a long-established fact that the Cold War ended with the fall of the Berlin Wall and the dissolution of the Soviet Union. But that has been a very singular, western perspective, given by an unwillingness to read between the lines. In the mind of Vladimir Putin and his former KGB following, the Cold War never ended; with the Fall of the Berlin Wall, it had just entered a new phase.

Key Geopolitical events that finally led to the Ukraine war 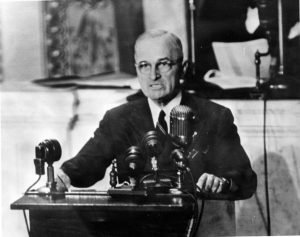 The Cold War began with the Truman Doctrine in 1947 and ended with the fall of the Berlin Wall, shortly followed by the dissolution of the Soviet Union. It was termed the Cold War because it never involved direct military action between the warring parties, due to the nuclear threat of mutually assured destruction.

Watch Truman's Fateful Hour speech in which Truman explains his doctrine to actively contain the spread of communism. 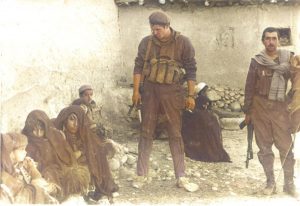 When Soviet armed forces invaded neighboring Afghanistan in December 1979, they were supremely confident of seizing immediate control. However, the Russian troops found themselves bogged down in a ten-year war that proved a disaster for both countries. The war hastened the break up of the Soviet Union, and plunged Afghanistan in a state of lawlessness.

Watch In the Shadow of War,  a feature length documentary about the Soviet-Afghan war (1979-1989) 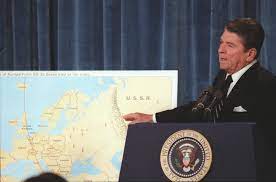 Reagan proposed a policy that went beyond the Truman Doctrine of containment, urging active intervention. He vowed to increase U.S. military spending and to use force if necessary to roll back communist expansion in Third World nations. His administration provided military aid to Nicaraguan groups fighting the leftist Sandinista government and gave material support to the Afghan mujahideen in their ongoing war against Soviets. At the same time, he reassured Americans that he would pursue an understanding with totalitarian powers and cited the United States’ effort to limit missile development as a step toward peace. 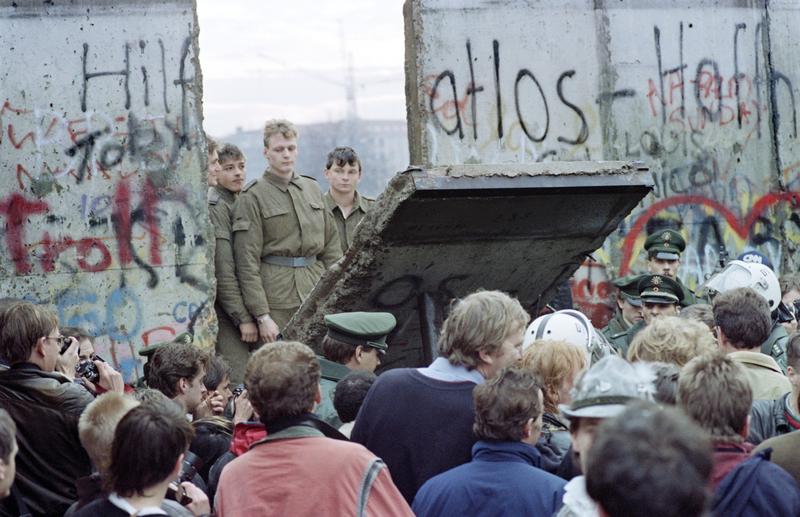 Allthough the fall of the Berlin wall ended the era of a divided Europe, we now know, with hindsight, that it did not end the Cold War. After  the Berlin Wall fell, the Cold War went underground, like a dormant virus, waiting to surface again once Western guards were down.

Watch the Fall of the Berlin Wall

1991
Russia
Dissolution of the Soviet Union 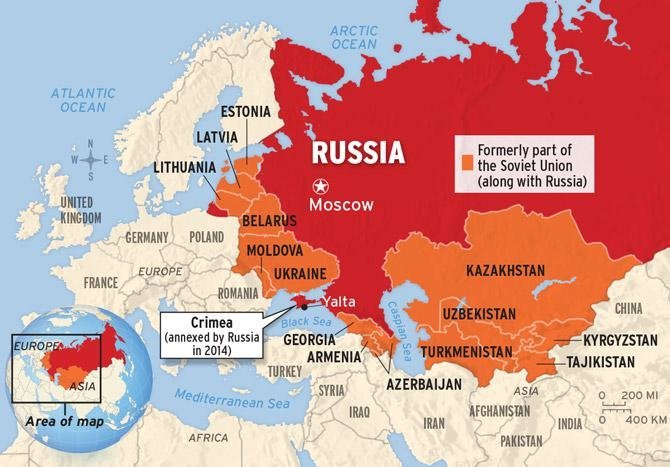 Since the fall of the Berlin of the Berlin Wall, different peoples, cultures have been nibbling away at the edges of the once so powerfull Soviet Union. By 1992 the Soviet Union was a broken country - kicked out of Afghanistan, governed by a drunk, Boris Yeltsin and all the satelite states had either left for Western Europe or declared independence. Watch Chechen Lullaby - Harrowing documentary by  Nino Kirtadze that depicts the human tragedy of the Chechen conflict as seen through the eyes of four veteran reporters.

Watch Making of a new Empire  - acclaimed director Jos de Putter  follows Khozh-Ahmed Noukhaev, warlord and leader of the Chechen independence movement. The illustrious guerilla leader tells his side of the story of archaic and anarchic Chechnya and its struggle for independence. 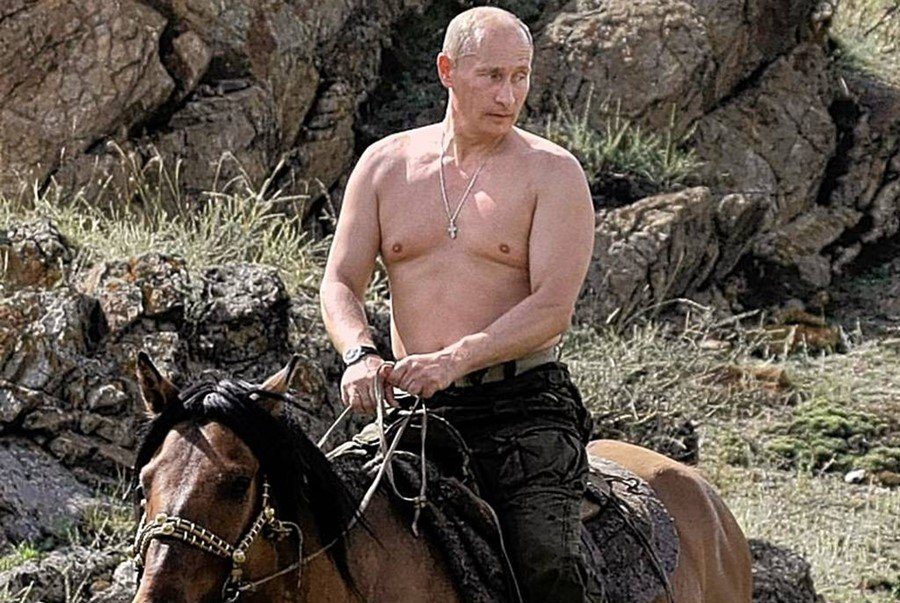 The war in Chechnya, and Yeltsin's failure to deal with it adequately in the eyes of the Russian populace, propelled Vladimir Putin on the highest political stage. After appointing  Putin acting prime minister of the Government of the Russian Federation, President Yeltsin, on 31 December 1999,  unexpectedly resigned. According to the Constitution of Russia, Putin now became Acting President of the Russian Federation. On assuming this role, Putin went on a previously scheduled visit to Russian troops in Chechnya.

2007
Munich, Germany
Vladimir Putin at the Munich Security Conference - The speech that shocked the 'free world' 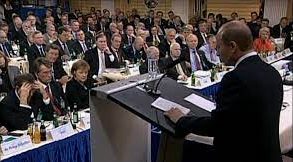 In february 2007,  Putin used the security gathering in Munich to issue a broadside that definitively rejected the European security order many in his audience had spent years trying to build. He accused the United States of creating a unipolar world “in which there is one master, one sovereign.” He added, “at the end of the day this is pernicious.”

The real moment of revelation was his broader conclusion that the U.S.-led liberal order, a.k.a. the Free World, was of no interest or value to Russia. With hindsight, the speech was an omen of what was to come. 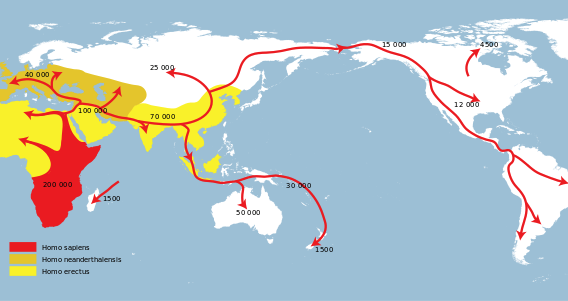 The Russian Georgian war (2008) itself was over within a matter of days, but its repercussions continue to reverberate to this day.  The conflict revived the Cold War and eventualy led to the invasion of the Ukraine

Watch There Is Something About Georgia by Nino Kirtadze 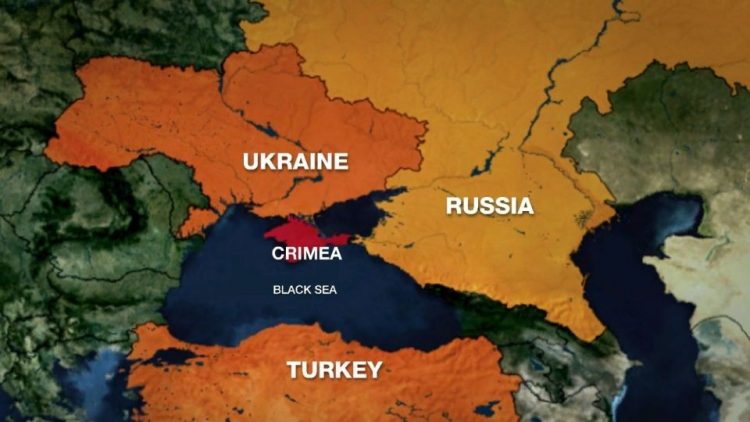 In 2013, after President Viktor Yanukovych suspended the Ukraine–European Union Association Agreement in favor of closer economic ties with Russia, mass protests and demonstrations known as the Euromaidan erupted, escalating into the Revolution of Dignity that led to the overthrow of Yanukovych and the establishment of a new government. These events formed the background for Russia's annexation of Crimea in March 2014 and the War in Donbas the following month 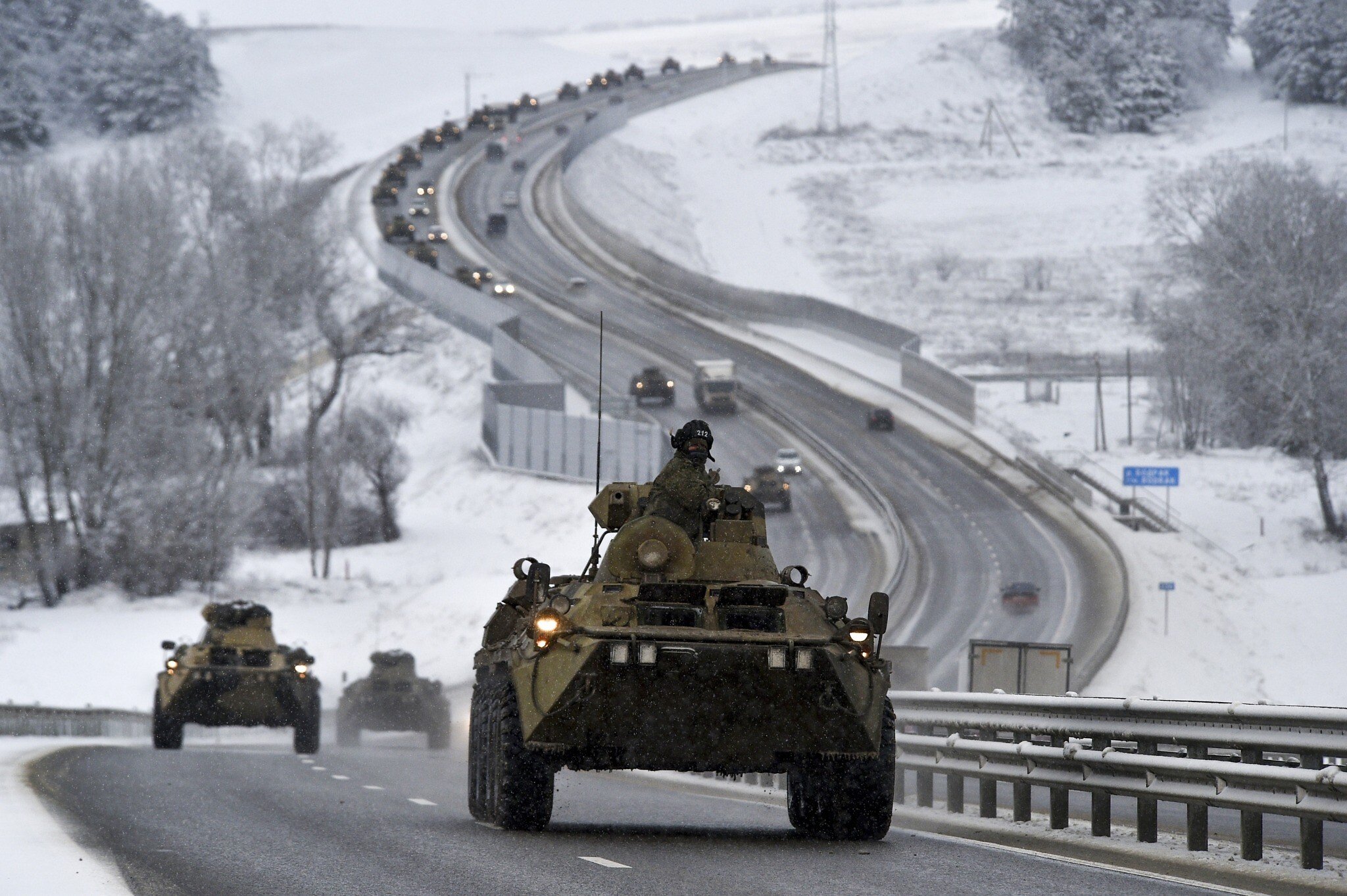 On 24 February 2022, Russia began a military invasion of Ukraine, in a major escalation of the Russo-Ukrainian conflict that had begun in 2014 It is the largest military attack in Europe since World War II.

In March and April 2021, Russian president Vladimir Putin ordered the Russian military to begin massing thousands of personnel and equipment near its border with Ukraine and in Crimea,  Despite the Russian military build-ups, Russian officials from November 2021 to 20 February 2022 repeatedly denied that Russia had plans to invade Ukraine.