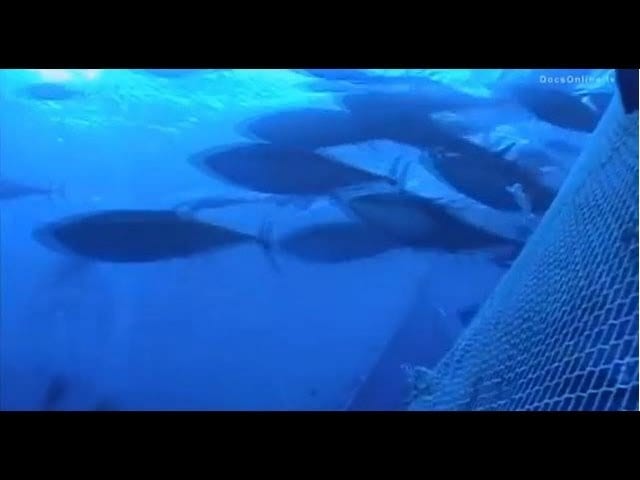 This fragment are scenes from the documentary ‘Cost of Sushi‘