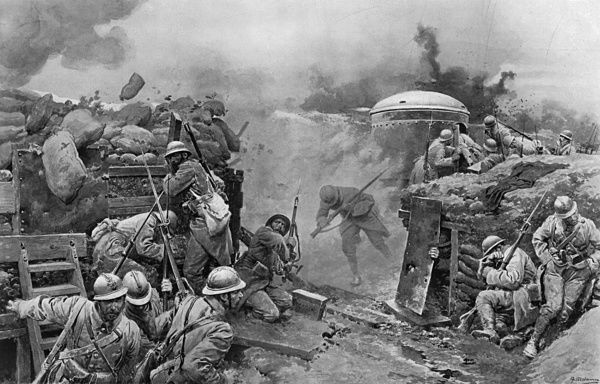 Trench warfare has been discussed interchangeably with World War 1. While the Germans stopped the Russians on the eastern front at Tannenberg, the French army made a stalemate by stopping the German troops at the battle of Marne. As a result, the opposing parties in France dug themselves in for four years of attritional trench warfare. The confronting armies were equally scaled and were equipped with machine guns in place of war tanks. Initially, the Russians advanced into the Prussian territory at the beginning of the war. They attempted to provoke the huge German exodus but Hindenburg stopped them at Tannenberg. At the same time, The French stopped the German army at the battle of the Marne.

after a failed attempt to overcome their adversaries, the two armies lodged themselves on the western front, As a result, the trench line passed to the North Sea through Switzerland. In the South, the Italians, the Bulgarians, and the Ottoman Turks also progressed into a war. Therefore, the French and British allies realized the severity of the situation and requested different colonies for help. The Canadians, Australians, Annamites, New Zealanders. Moroccans, Algerians, and the Senegalese responded to their call and entered into the war. This is how trench warfare became a living hell and excelled to the Global level.

In 1914 the world entered into an era of immense suffering. Numerous questions arise regarding. How did such a cruel and far-reaching conflict occur? Why did the warring parties resort to trench warfare? How did humankind endure this atrocity for four long years? Could the sacrifice of an entire generation have been avoided?

Apocalypse World War I is the best and most complete documentary series about the first World War. An amazing narrative exquisitely explains the 500-hour of colored archival footage, much of it previously unseen. The series tells the story with compassion and brings us to the heart of the battle. Whether it be the trenches in the north of France or the unknown fronts of Russia, the Apocalypse series extensively cover it all. The narration casts a deep impression and brings to life, the memories, and the experiences of these men and women.