Procedure 769, witness to an execution
Next Video 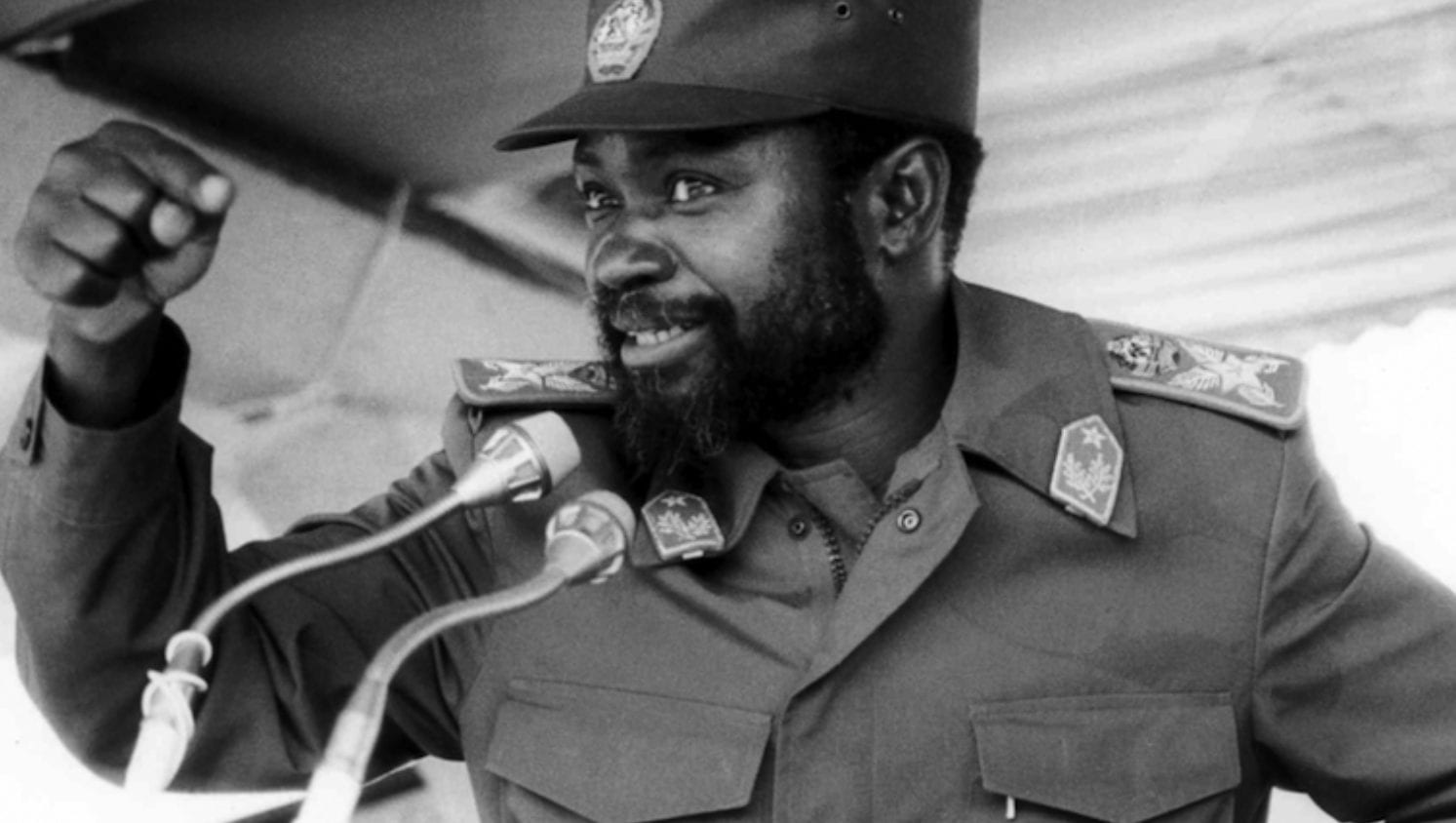 0
759
0
0
Revealing documentary compilation from historic footage shot by the National Institute of Cinema in Mozambique which looks at the rehabilitation of former colonial government collaborators by the government of Samora Machel (former president of mozambique). During his reign Mozambigue, which gained independence in 1975, was drawn into the struggle against white rule in Rhodesia and South Africa. In 1986 Machel died in an aircrash which is still shrouded in mystery (bbc news item1, item2)
Social interest
Samora Machel did more than any other individual to shape the Mozambican nation. He fought colonialism in his own country and stood for a sense of black-pride. For many of South Africa’s current ANC leaders, Samora Machel’s Mozambique was a safe-haven during the apartheid years. yet, Machel was no saint. His regime was intolerant of criticism, and some of its economic policies did great harm. But during the long war against the Portuguese colonialists, and later during the first, heady years of independence, he created a sense of national pride. And he is, on the whole, remembered by his people with great affection.
Political interest
Since Samora’s mysterious death in 1986 much has changed in both Mozambique and South Africa and, on the whole, for the better. In Mozambique the long-running civil war has ended. It is still desperately poor, but it is a largely peaceful multi-party democracy. So too is South Africa. And the man who steered South Africa through its transition, former President Nelson Mandela, is now married to Samora Machel’s widow, Graca.Historic interest
After World War II, while many European nations were granting independence to their colonies, Portugal maintained that Mozambique and other Portuguese possessions were overseas provinces of the mother country, and emigration to the colonies soared. Calls for Mozambican independence developed apace, and in 1962 several anti-colonial political groups formed the Front for the Liberation of Mozambique (FRELIMO), which initiated an armed campaign against Portuguese colonial rule in September 1964. However, Portugal had occupied the country for more than four hundred years; not all Mozambicans desired independence, and fewer still sought change through armed revolution. Poverty was widespread, and the Portuguese dictatorship maintained a policy of mandatory (“forced”) labour up until the 1960s. FRELIMO initially established some “liberated” zones in Northern Mozambique, and the strength of the movement gradually grew over the ensuing decade. By 1974 the Portuguese army knew that, especially in Mozambique, the colonial wars were unwinnable. Mozambique became independent on June 25, 1975. After independence, FRELIMO rapidly established a one-party state allied to the Soviet bloc. FRELIMO eliminated religious schools, the role of tribal chiefs and was was drawn into the struggle against white rule in Rhodesia and South Africa.

Even Those Who Collaborated With Colonialism Deserve a Home Country
During the struggle for independence in Mozambique (1964-1975) “A Luta Continua” was the catch phrase of the FRELIMO. After independence, the leader of this movement Samora Machel, organized a series of important political meetings in 1982 with those who had collaborated with the Portugese during this struggle. These collaborators, or “compromised”, assisted the secret police PIDE and the Portugese government. This scene shows the final rehabilitation session of the collaborators, which initially lost their civil rights and were exposed and confronted with their past, in order to come to terms with their history and with the Mozabican people. Even those who collaborated with colonialism deserve a home country.
Mozambican Resistance
FRELIMO was the combination of different resistance movements in the Mozambican war of independence. The began the armed struggle in 1964 entering Mozambique from the neighboring country Tanzania. They tried to mobilize the people to support them. The Portugese tried to stop the liberation movement with brute force. After the coupe d’etat from Portugese soldiers who were tired of fighting overseas the negoitiations between Portugal, Mozambique, Angola, and Guinea-Bissau started. FRELIMO comes into power and in 1975 Mozambique becomes independent. What remains is the problem of the people who were in league with the Portugese.
Collaborators Exposed and Confronted
Everyone has the possibility to change, and must be given the opportunity to do so. Forgiveness was a possibility. First they had to expose themselves to the people. The use for this exposure is to understand the present and come to terms with their own history and that of their country. In this way the future could be embraced. Issues must be put in the correct contexts, and so must people´s actions.
Ambitions and Death
By selling their souls, the traitors lost their personalities. They accepted colonialism but were betrayed by it as well. The Portugese colonists left them there, forgotten and ashamed. Personal ambitions, material difficulties and political alienation are used as excuses for their treachery. Even if this was a valid reason, that doesn´t compensate for the amount of people who were taken away because of the information given to PIDE.
National Identification
Libombo was a member of PIDE and a delegate of the National Popular Action Party (ANP—Acção Nacional Popular). He was also one of the fouding members of the Associated Centre for the Negroes of Mozambique. This association tried to secure equal rights for the negro people in Mozambique which was officially disbanded in 1965 when it was charged with subversion. nationalism, regardeless of what they did. The national problem must be discussed and solved. He gives examples of different historical events of national reactionary forces which lead to civil war or other internal struggles. Traitors are a historical and a natural phenomenon according to Machel.
Massacre of Wiriamu
Two commandos who were present at the massacre of Wiriamu come forward. This horrible incident that took place in December 1972, was initiated by Z.O.T. (Zone Operational Tete). Martins Videira was the colonel and in charge at that moment. It still remains a mystery what precicely happened that day. In this scene the soldiers tell their story of the Wiriamu massacre.
Being Part of the People — Final Speech Samora Machel
“The aim of this meeting is to point out to each one of you, your responsibility for the past. You cannot ignore history and the past. We must ensure that the present and the future will not be a sad repetition of the past. It is not a question of forgetting your crimes or ignoring them. You must have the courage to accept your past and by working responsibly for the reconstruction of our country. Make up for the past and be reborn as new men.” — Samora Machel

Procedure 769, witness to an execution