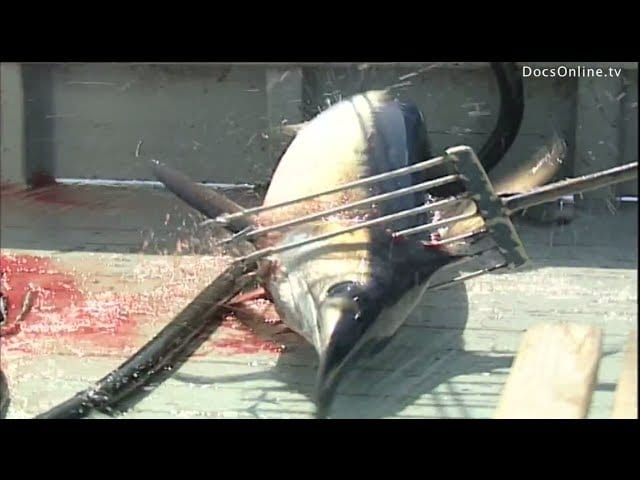 THIS FRAGMENT OF THE DOCUMENTARY “THE LAST KNIGHTS” IS FOR PROMOTION PURPOSES ONLY. WE DO NOT OWN THE MATERIAL EXCLUSIVELY, BUT HAVE A LICENSE CONTRACT FOR INTERNET STREAMING.

In the Strait of Messina the sword fish hunters pursue their prey with a harpoon. This fascinating fishing technique dates back to the Phoenicians times and today it hardly survives in that strip of sea between Calabria and Sicily. Strange boats are used to hunt the sword fish: with a very high mast and a long gangway overhanging from the bow, they seem to defy the laws of physics. Some sequences aims to reconstruct the hunt in the 50s, when the sword fish was sighted from the coast and pursued in a rowing-boat. The “human” protagonists of this documentary are two crews: the first coming from Sicily and the second from Calabria. No prey escapes the Sicilian crew. On the contrary, the Calabrian one is not so lucky and no fish is hunted for several days. This will seriously endanger the family incomes. This particular fishing tradition doesn’t endanger the environment and the species, as well as a predator fish cannot cause the extinction of its prey.