Watch the effect of a nuclear attack

The War Game is a fictional, worst-case-scenario docu-drama about nuclear war and its aftermath in and around a typical English city. It was carefully researched and based on actual events which occurred in World War II during and after the mass allied raids on Germany and the atomic bombings of Japan.

Since Vladimir Putin has been muttering nuclear threats in the Ukraine War, nuclear anxiety is back on the geopolitical agenda. The world is on guard because history teaches that madness is always ready to take over in the game of war.

Too horrifying for Television

In 1965 The War Game caused dismay within the BBC and in government and was withdrawn from television transmission. The effect of the film has been judged by the BBC to be too horrifying for the medium of broadcasting. It remained unshown in full on British television until 1985.

Part interviews and quotations, part acting, this film simulates the aftermath of a large-scale nuclear attack near a rural area of England. It argues that citizens and Civil Defense authorities are poorly prepared for this eventuality, and describes possible physical, psychological and social damage in graphic detail.

The War Game is a frightening film, and draws public attention to the grim realities that might await us after a nuclear attack. As the film shows, the BBC’s decision to initially commission the documentary and then to ban it, was a conflicting mixture of both editorial bravery and conservatism.

Why the BBC banned the War Game from television?

the bbc didn't want to create a panic

The intial ban on the War Game is instructive in understanding the bi-polarity inherent to the BBC’s understanding of broadcasting in the “national interest”. In programming terms, this meant giving expression to the creative forces at the disposal of the BBC, for the benefit of audiences.

In institutional terms, governed by a Royal Charter and constitutionally responsible to Parliament, the BBC saw itself as a custodian of the best interests of the nation, which in this case it judged to mean not panicking the public about the hopelessness of our survival in a nuclear war.

Historic context of The War Game

During the 1960s the continued threat of nuclear destruction placed Britain’s civil defence plans, and the BBC, at the heart of public debates about the Cold War.

The testing of H-bombs by America, the Soviet Union and Britain in the two decades after the Second World War threatened a Cold War conflict of mutually assured destruction. And the ensuing arms race in nuclear bombs produced a new kind of public fear: one in which everywhere and everyone was on the front-line. Just two years before the release of the War Game, in 1963, the world had held its breath during the Cuban Missile crisis as the US and the USSR seemed prepared to escalate the crisis into all out nuclear war.  In this climate of existential anxiety to what extent could, or should, the BBC address the moral panic associated with nuclear annihilation? 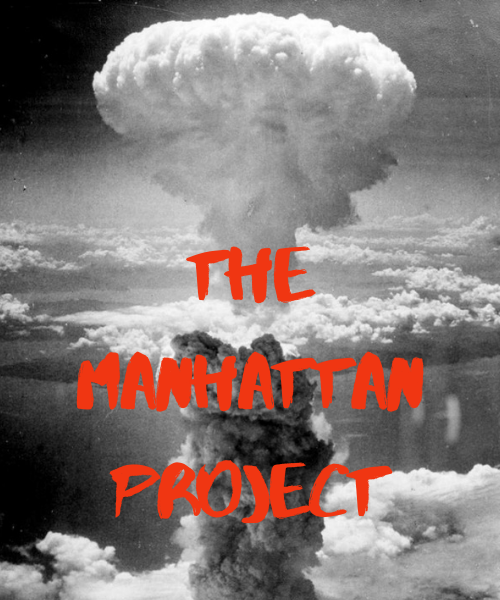 THE MAHATTAN PROJECT traces the development of the first atomic bomb through recollections of those who worked on what was known as “the gadget.”

The PBS documentary THE CUBAN MISSILE CRISIS: AT THE BRINK looks back at how, in 1962,  the Cuban Missile Crisis brought the world to the brink of full-scale nuclear war. 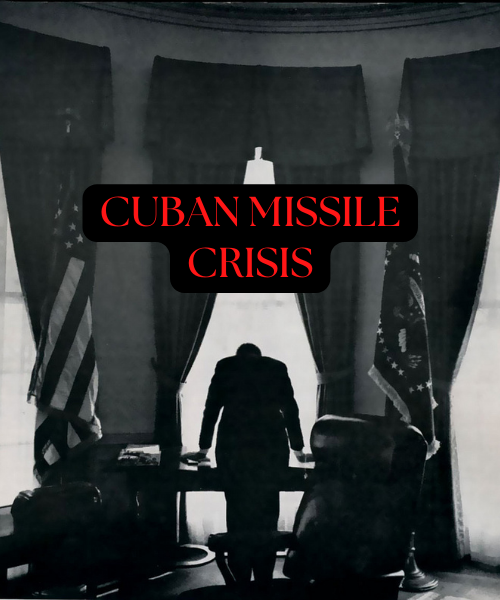 " If war were hell and only hell... and there are no other colors on the palette, I do not think people would continue to make war " 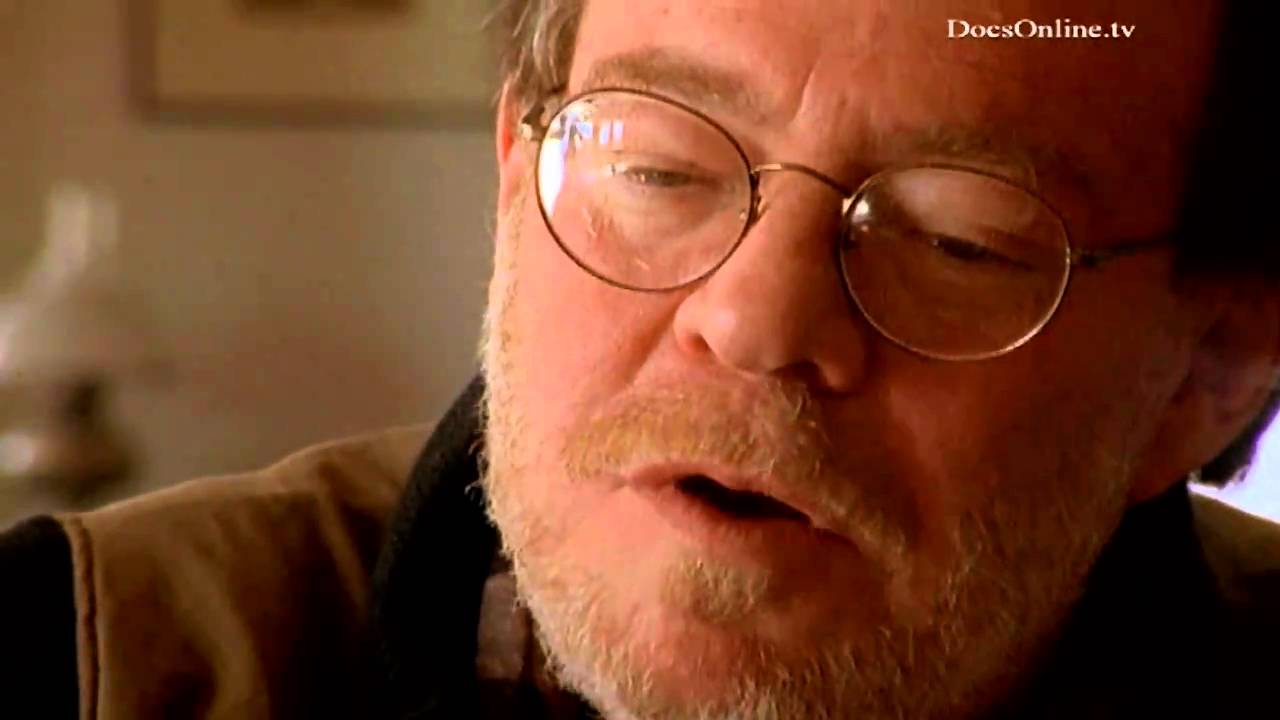 The title of the war game suggests that war can be exciting. The attraction of war is present in war movies, games, news media, everywhere. In TV journalism, there is motto: “If it bleeds, it leads”. People are both horrified and fascinated by war. This sensation has been famously portrayed in Joseph Conrad’s novella The heart of darkness. Its title stands for the darkness or the primitiveness that every person possesses in their minds and hearts. To help you understand the essence of war, we have selected two films that take you deep into the heart of darkness.

the heart of darkness

Films about the madness of war 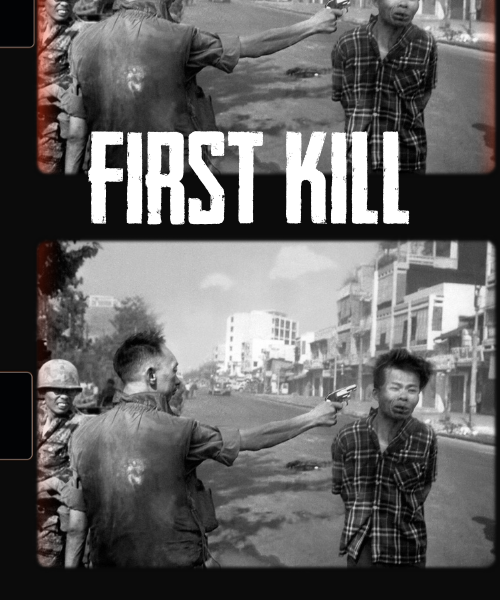 One of the best war documentaries ever made, FIRST KILL examines the slow descent into barbarity when soldiers are engulfed by the atrocities of war. It also stars a discussion with Michael Herr,  who wrote the screenplays to Apocalypse Now and Full Metal Jacket, and wrote Dispatches 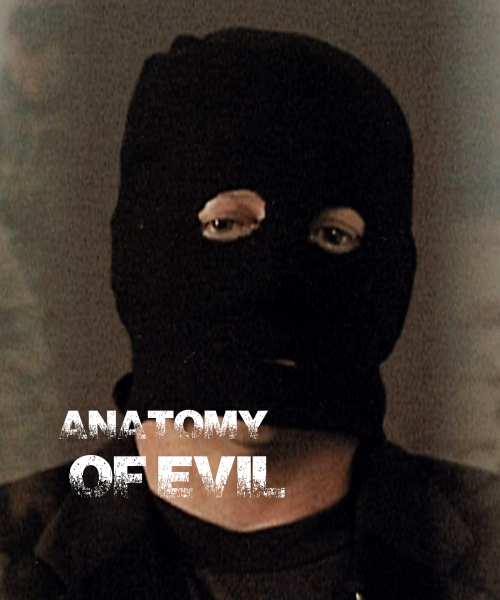