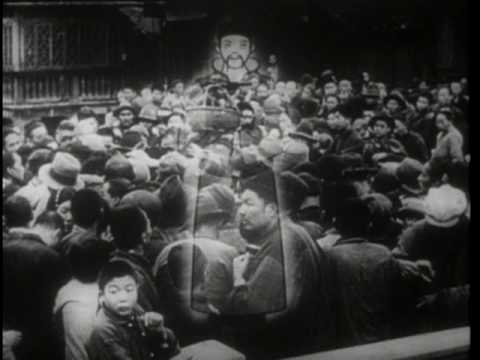 Scene from ‘The battle of Britain‘, a documentary by Frank Capra . “

Chapter VI of Frank Capra’s “Why We Fight” series, explains why the Empire of Japan possessed such a strong interest in ruling the disparate lands of China during World War II. ‘The Battle of China’ describes the history of China, with the founding of the Republic of China by Sun Yatsen, and leads on to the Japanese invasion. The invasion of China is explained in terms of the four-step plan for Japanese conquest, mentioned in the Tanaka Memorial. Finally, the history of the war in that theatre is illustrated.

The battle of Britain preview