Love beyond frontiers: Made in Africa
Next Video 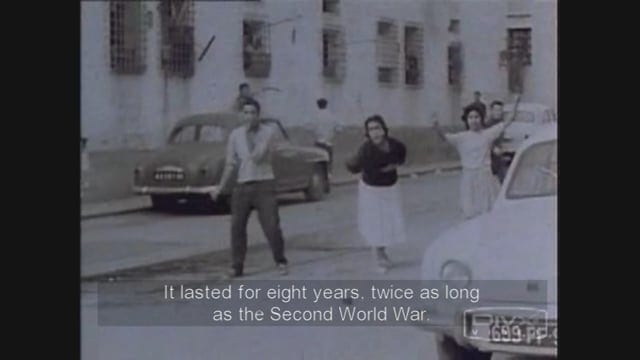 This content is for DocsOnline Premium Membership members only.

The fifth episode of the highly informative documentary series 'The Algerian War' by Peter Batty, co-produced by Channel One and RTBF,  focuses on the final two years before Algerian independence, a turbulent time in the country's history. While the French government negotiated with the FLN in Evian, the Organisation de l'Armee Secrète (OAS) committed attacks in both Algeria and France, with the aim of hindering the decolonization process. Within a period of six month's, the OAS committed four times as many deadly attacks as the FLN in six years.

This content is for DocsOnline Premium Membership members only.
Log In Register now!
I Like ThisUnlike 0 Please Login to Vote
I Dislike ThisUn-Dislike 0 Please Login to Vote
Tags AlgeriaCharlles de GaulleColonizationDecolonizationFLNguerrillaHumiliationIndependencyIndochinaIntegrationPieds-NoirsReformS.A.S.+FrancesegregationSocial+Aid
Previous Video

Love beyond frontiers: Made in Africa