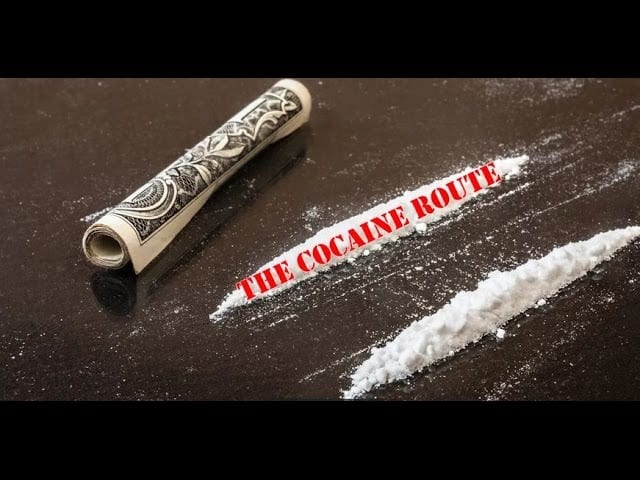 Cocaine production and trade are extremely high risk businesses. Nevertheless, in the past decennia, cocaine has become increasingly popular around the world. How does this drug get from the producer to the consumers? For the last 40 years, Colombia has been the green heart of global cocaine production. The camera records the journey of the processed cocoa leaves from the jungles of Colombia to uptown Paris, resulting in dangerous situations and expressive footage.

The production, distribution and sale of cocaine products is restricted and in most contexts illegal, in most countries as regulated by the Single Convention on Narcotic Drugs, and the United Nations Convention Against Illicit Traffic in Narcotic Drugs and Psychotropic Substances. Cocaine is generally treated as a hard drug, with severe penalties for possession and trafficking. Demand remains high, and consequently black market cocaine is quite expensive. Organized criminal gangs operating on a large scale dominate the cocaine trade. Most cocaine is grown and processed in South America, particularly in Colombia, Bolivia, Peru, and smuggled into the United States, Europe and the Caribbean.