The Manhattan Project
Next Video 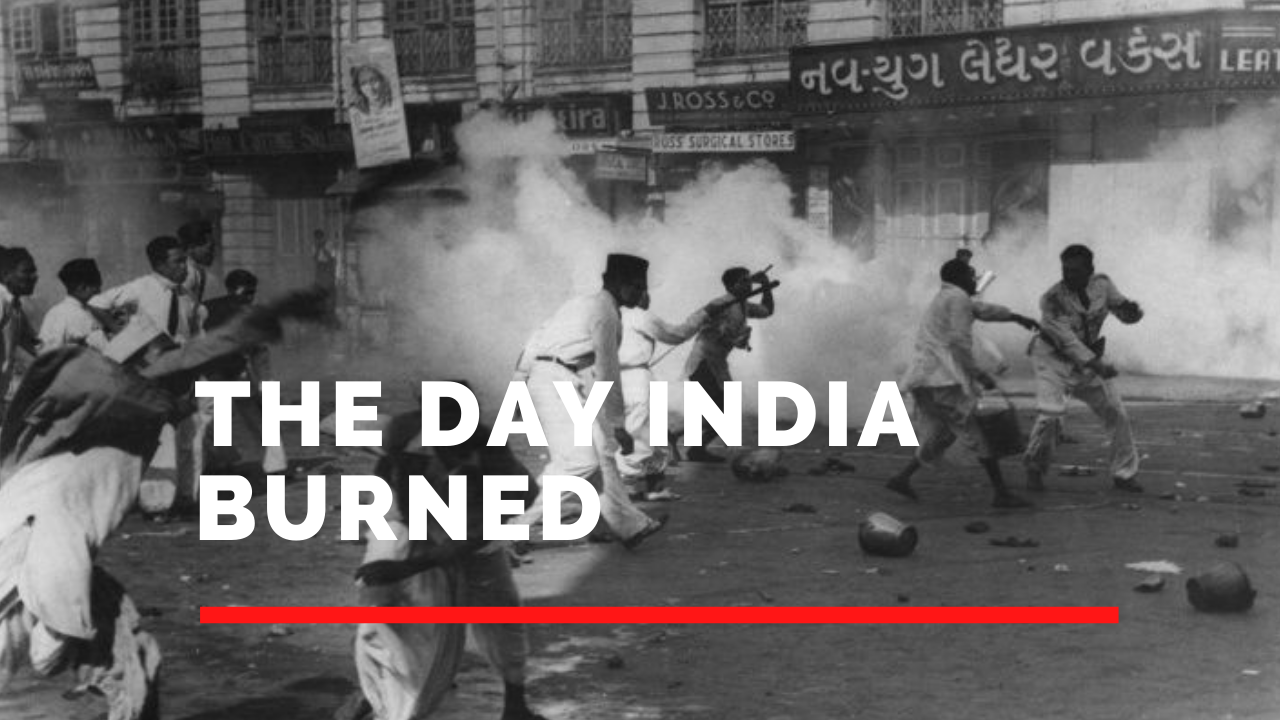 0
3K
0
0
"They may torture my body, break my bones, even kill me. Then they will have my dead body, not my obedience" 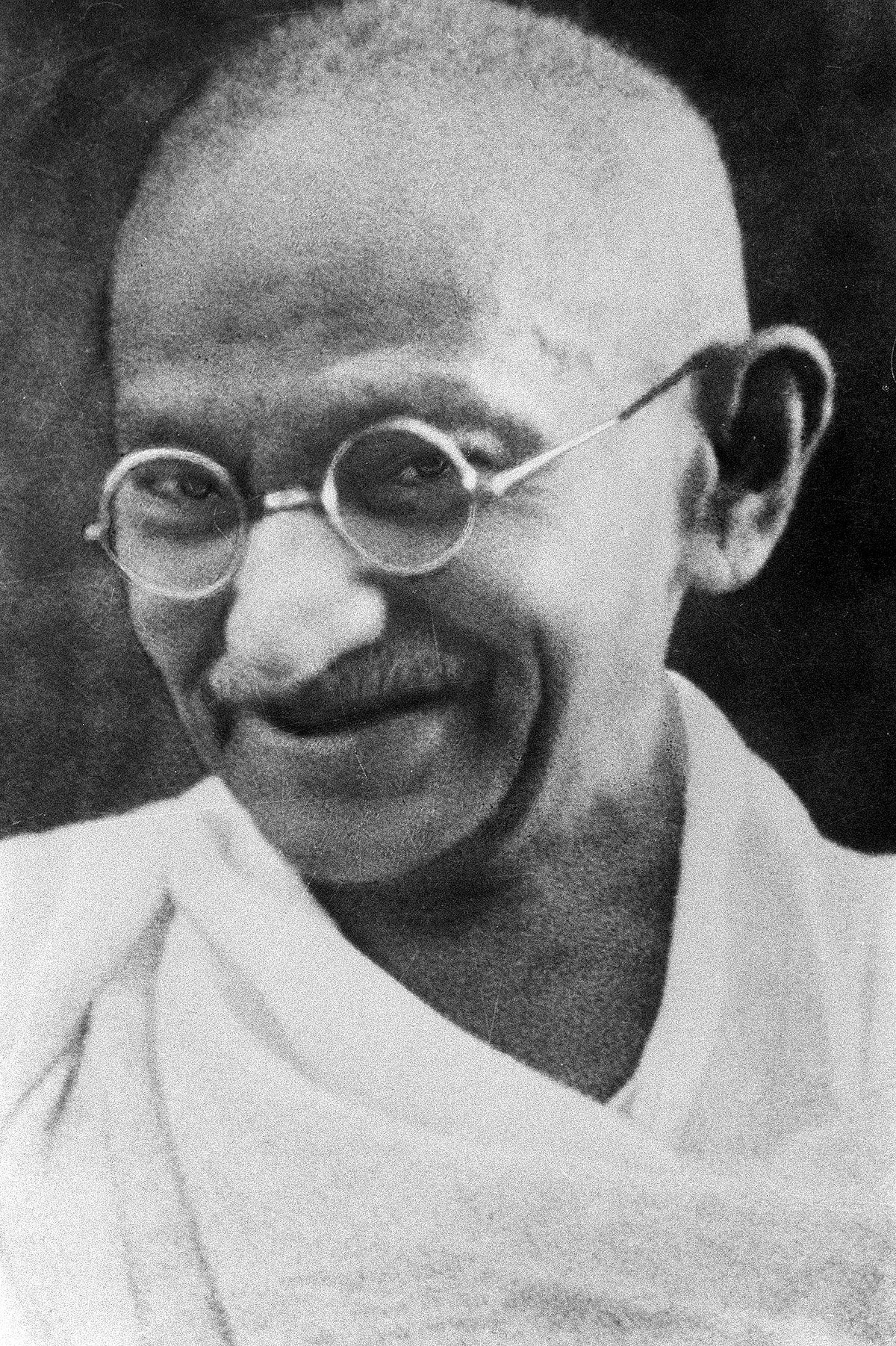 To mark the Partition of India 60 years ago, in 2007 BBC Television produced the compelling historical documentary The Day India Burned. The film explores the hidden history of what happened when Britain withdrew from India in 1947 which triggered one of the biggest migration in history.  15 Mmillion where displaced and an estimated million lost their lives in the brutal violence that occured.  The story is told through the testimony of people who lived together for centuries, but were forced out of their homes as one of the largest and most ethnically diverse nations in the world was divided. Dramatised reconstructions evoke some of the mistrust, violence and upheaval that ensued.

British rule in India ended in 1947 and the subcontinent was partitioned along religious lines to form the Hindu-majority state of Pakistan. As soon as the New Borders were announced, more than 12 million Hindus, Muslims and Sikhs fled from their homes on one side of the borders to what they believed was refuge on the other side. However, the massive exchange of population left a trail of death and destruction. Within 2 months about 1 million people were slaughtered in fierce religious riots. The Legacy of that violent separation has endured, resulting in a bitter rivalry between the two nuclear powers India and Pakistan.1History the definitive visual guide, p410-411, DK publishers

Across the Indian subcontinent, communities that had coexisted for almost a millennium attacked  each other in a terrifying outbreak of sectarian violence, with Hindus and Sikhs on one side and Muslims on the other. In Punjab and Bengal – provinces abutting India’s border with West and East Pakistan  – the carnage was especially intense, with massacres, arson forced abductions, and savage sexual violence. Some 75.000 thousand women were raped, and many of them were then disfigured or dismembered.2The violent legacy of the India Partition, William Dalrymple, the New Yorker 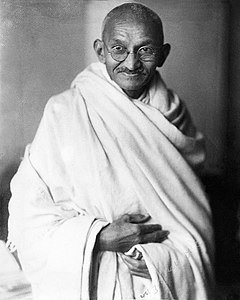 Mohandas Gandhi (also known as Mahatma) was the most significant figure in India’s struggle for independence from Great Britain. His program of passive resistance and noncooperation was supported by the public and became a powerful protest movement that forced the British to make more concessions until India was at last granted independence from the British Empire in 1947. The Muslim minority in India also was given Pakistan as a separate state in the same year3Visual history of the world, p492, 2005, National Geographic.

"There is no path to peace. Peace is the path"

Noncooperation and passive resistance were methods that Gandhi had used in his successful battle for the rights of the Indian minority in South Africa. He also followed this path in India, because he believed the British rule was made possible only through the cooperation of the Indian people and that this method (of noncooperation) could thus force political change.

End of the Colonial Era

By the early 20th century the spread of nationalist ideas led to the growth of independence movements in the colonies. The decline of Europe’s empires gathered momentum after World War II as domination and exploitation of poorer nations by colonial powers came to be unacceptable.4History the definitive visual guide, p412, 2007, DK publishers

Before World War II European powers still dominated much of the world – Africa was largely divided between the British, French, Belgian and Portuguese; much of Asia and the Caribbean also remained under imperial rule. In the Middle East, mandates granted by the League of Nations gave Britain and France administrative powers over the region

Colonial Territories tended to be under-industrialized and in many the standard of living was really low. They supplied raw materials to power European industry, but the development of their own national economies was not seen as a priority

During the 20th century increasingly, citizens demanded the right to self-govern. Although the Imperial powers began to make some concessions towards power-sharing, they remained determined to hold on to economic control of the natural resources of their colonies.

The Bloody Legacy of Indian Partition

why was the partition of India so extremely violent?

It is a paradox that the Indian independence movement that was grounded in decennia of strict non-violent resistance, turned into history’s bloodiest declaration of independence. Why?

Owing to religious tensions between Hindus and Muslims, British India was to be split into two dominions — a Muslim majority Pakistan and an essentially secular state of India. What followed was months of bloodshed along the borders of the two newly-formed nations.

Apart from having a predefined new border between India and Pakistan (Hindu and Muslim), the India partition was totally uncoordinated. The British army was in a great hurry to leave India, and the two infant governments showed great insensitivity in the form of trying to supervise the migration militarily. Even police officers were often among the rioters. The migration itself, the largest in history, took the form of huge caravans filled with frustrated people full of resentment and anxiety.  This gigantic number of people had to leave everything behind- home, wealth, familiar people and neighborhood, jobs, etc. Moreover, the journey of hundreds and thousands of kilometers in unknown territory was marked by the exploitation of women, robbery, and harassment of all sorts, apart from the carnage that many were subjected to. Also, it is documented that in the caravans were organized rioters, often local officials, stirring up emotions and initiating acts of violence.

Once the violence started stories as well as images of such violence was propagated in a manner so as to arouse the feelings of more fear and resentment. Thus, violence spread like a wildfire and often enjoyed local support of police officers. Given the magnitude, this rapid violence engulfed millions, making it a horrific one!

Many who lived through those times describe madness taking hold. Some people say Indians had temporarily gone crazy. The horrors were often beyond imagination. Bungalows and mansions were burned and looted, women were raped, children were killed in front of their siblings, often tortured to death. Trains carrying refugees between the two new nations arrived full of corpses; their passengers had been killed by mobs en route. These were called “blood trains”: “All too often they crossed the border in funereal silence, blood seeping from under their carriage doors.570 years later, survivors recall the horrors of India-Pakistan partition, Washington Post

The Geopolitical Legacy of the Indian Partion

Ever since 1947, India and Pakistan have nourished a deep-rooted mutual antipathy. They have fought two inconclusive wars over the disputed region of Kashmir—the only Muslim-majority area to remain within India. In 1971, they fought over the secession of East Pakistan, which became Bangladesh. In 1999, after Pakistani troops crossed into an area of Kashmir called Kargil, the two countries came alarmingly close to a nuclear exchange. Despite periodic gestures toward peace negotiations and moments of rapprochement, the Indo-Pak conflict remains the dominant geopolitical reality of the region. In Kashmir, a prolonged insurgency against Indian rule has left thousands dead and still gives rise to intermittent violence. Meanwhile, in Pakistan, where half the female population remains illiterate, defense eats up a fifth of the budget, dwarfing the money available for health, education, infrastructure, and development.

It is easy to understand why Pakistan might feel insecure: India’s population, its defense budget, and its economy are seven times as large as Pakistan’s. But the route that Pakistan has taken to defend itself against Indian demographic and military superiority has been disastrous for both countries. For more than thirty years, Pakistan’s Army and its secret service, the I.S.I., have relied on jihadi proxies to carry out their aims. These groups have been creating as much—if not more—trouble for Pakistan as they have for the neighbors the I.S.I. hopes to undermine: Afghanistan and India.

Today, both India and Pakistan remain crippled by the narratives built around memories of the crimes of Partition, as politicians (particularly in India) and the military (particularly in Pakistan) continue to stoke the hatreds of 1947 for their own ends.6The Great Divide, The New Yorker