Love Beyond Frontiers: Made in Japan
Next Video

Love beyond frontiers: Made in Africa 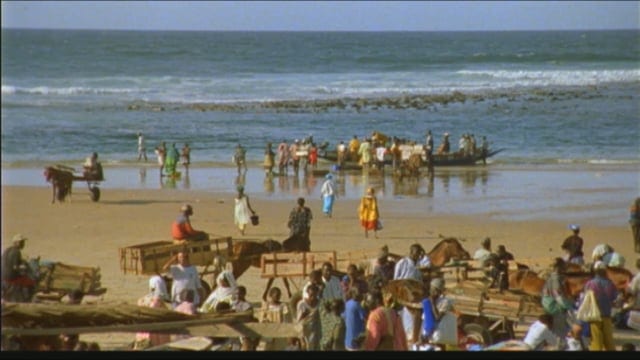 Senegal, magic land, a land of handsome black men, irresistible to many white women. Among them are Wilma, Jeanine and Hanna three white women who fell for their black lovers in spite of prejudice and resistance. He makes me feel a real woman; says Jeanine. If there is one thing African men are good at, it is courting a woman says Wilma. But gorgeous Hanna, a former model, says. It sounds idyllic, but it is an exhausting way of life. Her marriage begins to show small cracks under the strain of living in two worlds.

Social Interest
Polygamy, illegal in the West, is practiced in a number of African countries. In Love beyond Frontiers – Made in Africa, Hanna and Wilma eventually face their husbands other wives. Each of the women regularly asks herself why she’s willing to adapt to the lifestyle of her husband. Culture shock and shattered dreams appear to be common in mixed marriages.

About the director and her awards
Puck de Leeuw’s ‘Love beyond frontiers, Made in Japan’ received the ‘Golden Zapper’, the Audience Award for best documentary at the 1996 International Documentary Filmfestival Amsterdam. In 1999, Puck de Leeuw realised the even more successful Love Beyond Frontiers, part 2 – Made in Africa. Unfortunately, part 3 – made in the USA was never realised as Puck de Leeuw succumbed to lung cancer in 2002 in the age of 48.

The Series
‘Love beyond Frontiers’, part 2 – Made in Africa is the second film of what was to become a three part series on women adapting to foreign spouses (Made in Japan is part I). In it, acclaimed film-maker Puck de Leeuw portrays European women who have fallen in love with men from completely different cultural backgrounds. They decided to follow their lovers to their homes. The change in culture and lifestyle, however, puts great strain on their marriages. Part 3, Made in the USA, was never realised as Puck de Leeuw succumbed to lung cancer in 2002 in the age of 48.

Love Beyond Frontiers: Made in Japan