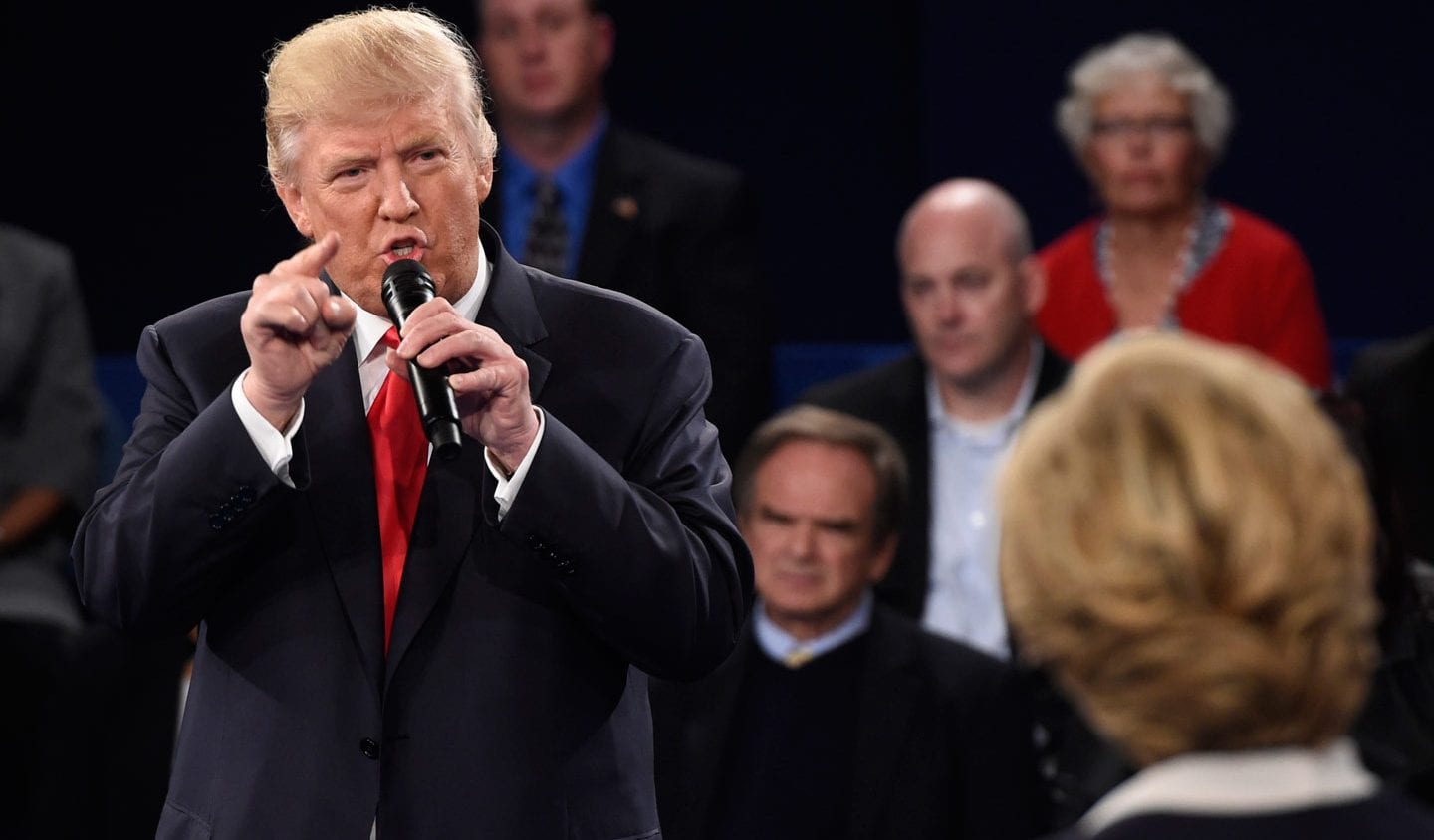 On October 7, 2016, during the 2016 United States presidential election, The Washington Post published a video and accompanying article about then-presidential candidate Donald Trump and television host Billy Bush having “an extremely lewd conversation about women” in 2005. Trump and Bush were in a bus on their way to film an episode of Access Hollywood, a show owned by NBC Universal. In the video, Trump described his attempt to seduce a married woman and indicated he might start kissing a woman that he and Bush were about to meet. He added, “I don’t even wait. And when you’re a star, they let you do it. You can do anything. … Grab them by the pussy. You can do anything.” Commentators and lawyers have described such an action as sexual assault.

News of the recording broke two days before the second 2016 presidential debate between Trump, the Republican nominee, and Democratic nominee Hillary Clinton. Trump gave a statement in which he apologized for the video’s content, but attempted to deflect attention by saying that Bill Clinton had done far worse, condoned by his wife Hillary Clinton. The recording provoked strong reactions by media figures and politicians across the political spectrum.

Trump supporters however widely embraced Trump’s apologies and eagerly accepted his view of Hillary being complicit to her husband’s sexual adventures as a president.