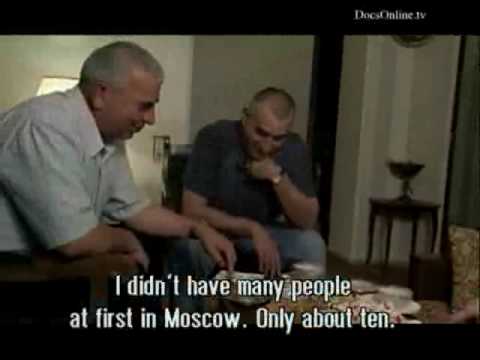 Scene from “The making of a new empire“, a documentary by Jos de Putter.

Khozh-Ahmed Noukhaev is a warlord and leader of the Chechen independence movement. Acclaimed film director Jos de Putter got the illustrious guerilla leader to cooperate for this stirring documentary, which tells his side of the story of archaic and anarchic Chechnya and its struggle for independence. We follow the hero of many as he travels to remote Chechen villages where he solves local problems and disputes. We also follow him on his trips abroad to negotiate the control of the trans-Caucasian oil pipeline so vital to the Chechen economy.