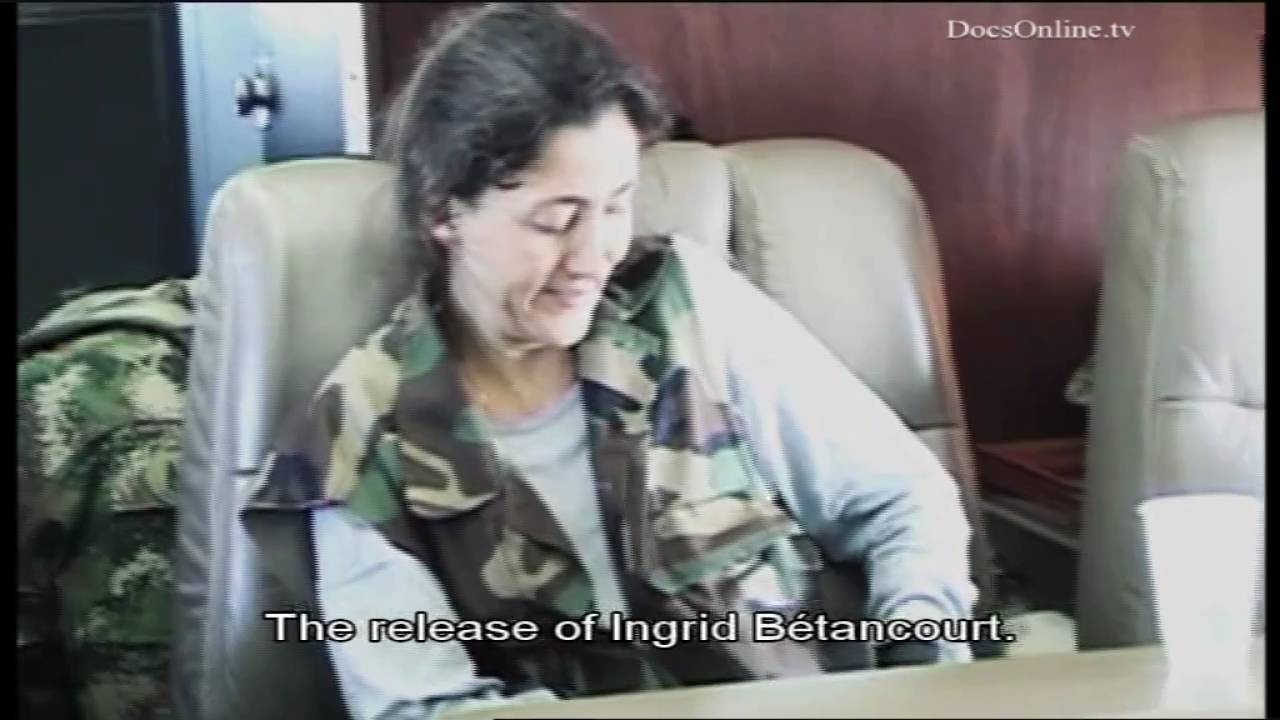 The above scene is taken from “The freeing of Ingrid Betancourt“, a documentary by Pascale Mariani & Romeo LangloisThis is the sensational story behind the liberation of Ingrid Betancourt. On the 2nd July, 2008 the Colombian army rescued Ingrid Betancourt, FARCs most valuable hostage. It had taken more than six years to secure her freedom. Six years of negotiations, parallel diplomacy and double bluff. For the first time, the military officers involved explain what really happened. How did she come to be finally freed? Was a ransom paid and what role did the Colombian government play in her release?