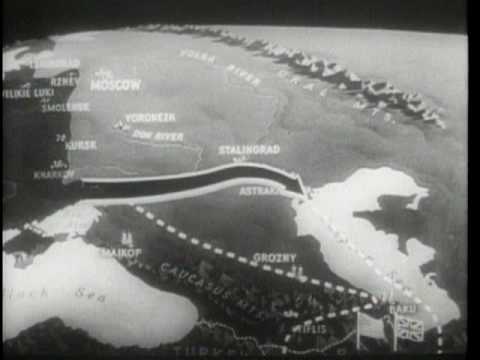 Scene from ‘The battle of Russia II’, a documentary by Frank Capra .

THE BATTLE OF RUSSIA PART I & II cover the Soviet war with Germany from 1941 to early 1943. In Part Two, the German army falls victim to the Soviet scorched-earth strategy. The Russian forces flee from the start, retreating deep into their homeland, drawing the Nazis farther and farther away from the German border. As the Red Army falls back, it destroys infrastructure and natural resources, making it difficult for the Nazi army to live off the land. Once the famed Russian winter sets in, Germany is doomed.