Arrival of a train at La Ciotat 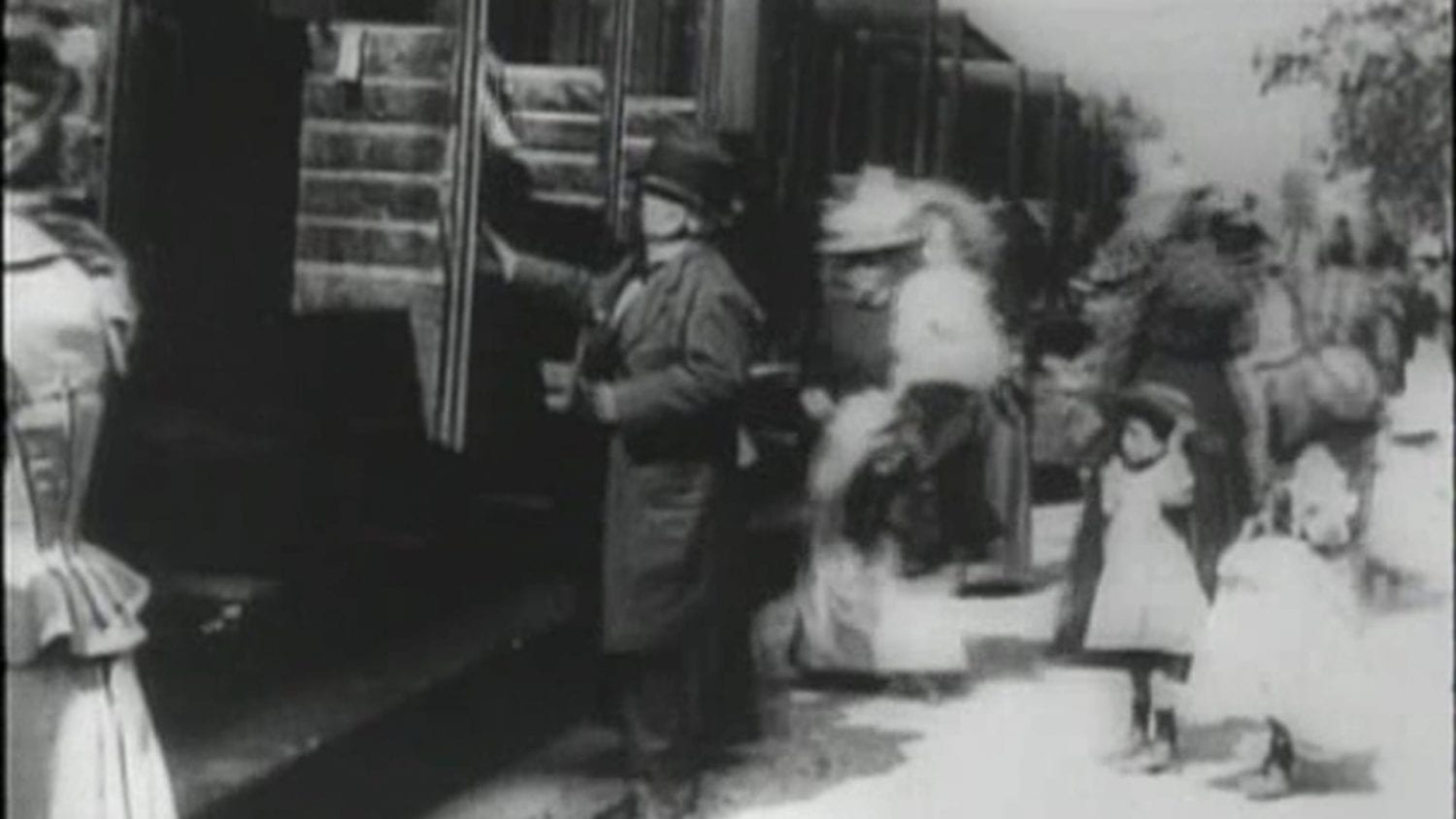 The Arrival Of A Train At La Ciotat Station by the Lumiere brothers is not only the first film ever made, but it is also the first documentary film ever made. Lumieres held the first private screening of The Arrival Of A Train At La Ciotat on March 22, 1895. Their first public screening of films at which admission was charged was held on December 28, 1895, at Paris’s Salon Indien du Grand Cafe. This history-making presentation featured 10 short films, including Arrival of a train at La Ciotat. It is said that when the film was first shown, the audience was so overwhelmed by the moving image of a life-sized train coming directly (diagonally) at them that people screamed and ran to the back of the room. Showing the train coming in diagonally across the screen was, at the time, a very unconventional method of framing (in photography); and because of its dramatic effect this was to become the standard method of staging action over the next few years.

A documentary filmmaker aims to expose the richness and ambiguity of real life as he or she sees it unfold through the lens of the camera. Key to documentary filmmaking is, therefore, the talent to recognize the ideal camera angle for the subject. Together with lighting, editing, and filming attitude, camera placement is the main tool a documentary filmmaker has. Consider the first film ever made -The Arrival Of A Train At La Ciotat Station. Had Lumiere followed theatrical practice, he might have framed the shot by setting the camera perpendicular to the station’s platform, letting the train enter the frame from one side, broadside to the spectator. Instead, Lumiere positioned the camera at an oblique angle. The result is a dynamic composition, with the train arriving on a diagonal. If the scene had been shot perpendicularly, we would have seen only a string of passengers’ backs climbing aboard, but the oblique angle brings out many aspects of the passengers’ bodies. We see some figures in the foreground, some in the distance. Simple as it is, this single-shot film, less than a minute long, aptly illustrates how choosing a position for the camera makes a drastic difference in the framing of the image and hence how we perceive the filmed event1David Bordwell & Kristin Thompson, Film Art, p.163, Knopf publishers.