Join us to receive weekly posts with the best documentaries, inspiring interviews, and other fascinating content.

In addition to beautiful documentary films, our large catalog offers inspiring interviews, debates, a collection of world-changing speeches and much more fascinating content to feed your mind and soul. 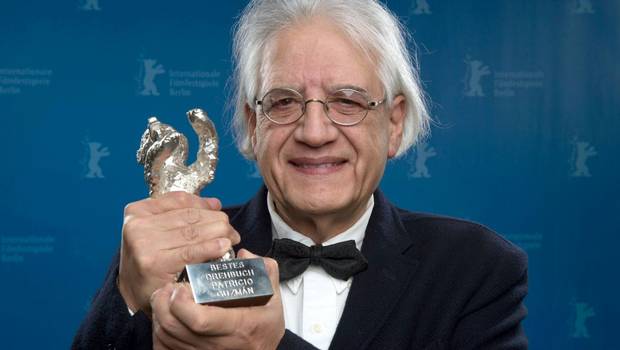 look the world straight in the eye

In today’s “post-truth” world, educating ourselves about important issues and finding varied and reliable information sources is as critical as ever. We live in hectic times. On the internet, gossip acquires fact status in nanosecond. People, including politicians, cherry-pick data and come to whatever conclusion they desire. So if you feel stranded, trying to make sense of the blinding fog of (mis)information, you have come to the right place. We present  documentary films as an in-depth and inspiring resource and offer a perfect platform to educate oneself and others.

Join us Now
"Documentaries can embrace contradictions in a way that journalism can't. " 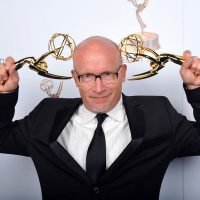 the power of documentary film

The best documentaries bring about a sense of stillness

It is often said that documentary film is about truth. But truth tends to take sides – you are right or wrong; something is true or not true. The greatest documentaries go beyond truth and bring about a sense of humility, of deep understanding that surpasses judgment.  A great example of such an extraordinary documentary is “Procedure 769, witness to an execution” about the death penalty.

DocsOnline encourages to use documentaries in the classroom. Even when excellent course materials are available, the addition of documentary film to teaching brings a number of enhancements.

Despite the apparent passivity of watching, visual media can lead to greater engagement with the material, which leads to high retention. Ask yourself how many good movie scenes you can recall? Now–how many good textbook passages?

for the learner: Viewing a film demands less of the audience than reading text or clicking through a course. The learner follows along with the story without conscious effort.

Viewing documentaries together, gives people the opportunity to voice out their opinions, which not only strengthens the group’s bond but also gives a platform to learn about everyone’s views in the group.

Engagement is key to learning.

Winner of IDFA’s prestigeous zapper award in 1996, Love Beyond Frontiers is a timeless documentary series that portrays women who have fallen in love with men from completely different cultural backgrounds

Although China is displaying a superpower’s ambition, it is doubtful that china will be able to sustain that role culturally. World dominance can only be achieved by a culturally open society. For now China lacks that fundament

Broken silence is an  awesome, visually arresting documentary film that takes us back 30 years to the beginning of China’s advance to world dominance. The film won many international awards, including the prestigious Grand Prix of Visions du Real in Nyon, Switzerland. It focuses on five prominent Chinese composers – Qi Gang Chen, Tan Dun, Wenjing Guo, Qu Xiao-Song, Mo Wuping – who came into contact with Western classical music, which was still labelled anti-revolutionary, in the late seventies.

Are you for or against the death penalty? Watch Procedure 769, witness to an execution to find out.

Surplus, terrorized into being consumers, is a truly exceptional documentary film, a one-of-a-kind. The film is a convincing argument against consumerism and presents its case in the exhilarating format of a music video. The film is directed by Erik Ghandini and edited by Johan Soderberg who is well known for his work for Madonna. The film is an absolute must-see for editors.

Child of the commune is a superb documentary film by director Maroesja Perizonius about her personal experiences as a child in the movement of the Indian guru, Bhagwan Shree Rajneesh.

Anatomy of Evil is an extraordinary as well as horrifying documentary film essay by director Ove Nyholm about the motives for genocide.

By focusing on the phenomenon of economic bubbles, the documentary When Bubbles Burst provides a fascinating glimpse into the global economy’s inner workings. The film is a highly- intelligent examination of the mechanics behind economic bubbles, crashes and suggests trends for the future.

Duende is an incredibly inspiring documentary that aims to give meaning to the term Duende. In Flamenco culture the word Duende is used to describe a heightened state of emotion, expression and authenticity aspired by performing artist – in dance, music and bullfighting. The film is a must-see for anyone interested in the source of true art.

What is a documentary film?

The Art Of Documentary Filmmaking

Could this scene of New York street life in 1911, qualify as a documentary?

Learn More
"I think documentaries are the greatest way to educate an entire generation that doesn't often look back to learn anything about the history that provided a safe haven for so many of us today. "

IN focus: the weimar republic

Learn from the past to shape the future

Several times a year we focus our content on a turning point in history. We gather texts, documentaries, debates and interviews that take a deep-dive into an important historic period and reveal its relevance for you today. Join us to receive free updates

DocsOnline is dedicated to help you learn about  the world we live in.  To optimize the learning potential of our catalog, we are constantly curating the best documentaries and provide context in the form of facts and figures, well-researched text, interviews, speeches and debates. When browsing our website, all these additional elements are nicely categorized as debate, excerpt, speech, or interview.